Despite the bad shit going on in our news cycle, despite my anxiety and depression resurfacing in these last couple of months, I made it. And I’m so thankful for the loving imprints and the nasty scars alike.

The last of 2017 brought me my new beginnings. I just accepted a new job, ended a long-term relationship, and moved back in with my parents while their home was in the process of being sold. There was a lot of uncertainty for the year ahead, but I didn’t know that it would be filled with so many wonderful experiences and people that would add to my growth as a person and my overall happiness.

It has truly been a defining year, and my favorite one yet.

I got the idea from Kati Schmidt to reflect back on my own 2018 in a blog post. If you’re reading this, know that you are most likely an awesome person who changed my life this year. Thanks for being a part of it, and I wish you all the best in 2019. See you then!

END_OF_DOCUMENT_TOKEN_TO_BE_REPLACED 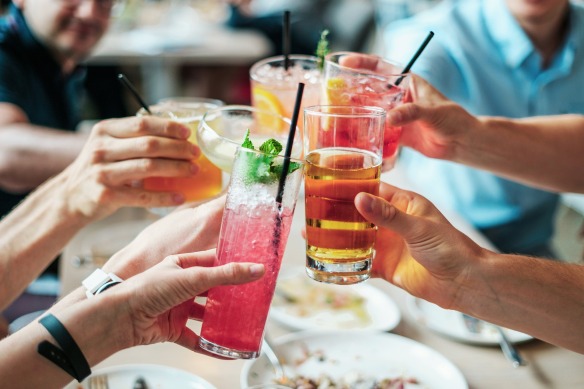 Dating in any big city is a struggle, especially in San Francisco. This is a place where people come and go and you don’t know when they’ll be back, or if ever. This is the center of a digital mecca, where bad experiences on all the dating apps are pretty much normalized.

But if you want to increase your odds of finding your next date AND actually meet with them face-to-face in a low-pressure setting (Delicious food included!), there’s a way.

END_OF_DOCUMENT_TOKEN_TO_BE_REPLACED

I’ve been thinking about blogging again, but from a more personal standpoint. This last year has been such a big turning point in my life and I just have so much to share with the world (Even though some of this should be private, really)! I’m also turning 30 in a few weeks and it’s been a time of a lot of reflection.

I spent this weekend putting together a shelf for my room and getting rid of the last of my cardboard boxes (Yeah, I still had them even though I’ve been in my new place here in North Beach since April). In one of them, I found a small notebook that my best friend had given me from her trip to Paris. I didn’t have a smartphone back then, so I used this notebook to record a lot of random information, such as where addresses for different places were. I also found that I used it to prep for my job interviews.

I ended up throwing the notebook away with a lot of other things, but I couldn’t do away without tearing out the first few pages. I saw that there, I had written a letter to my future self shortly after enduring my first year of post-college life.

It was dated December 26, 2011. I believe that was the day or close to the day I started a two-and-a-half year stint as an operations and support associate at Cardpool, which began my trajectory into the tech industry.

I imagine this was addressed to the version of Karen that would be alive on December 26, 2012.